There is an erroneous view held by many that there isn’t sufficient finance available for entrepreneurs in South Africa. I have stated the following before, and will state it again – there is more money chasing good businesses, than there are good businesses chasing money.

I’ve witnessed many entrepreneurs make fatal mistakes when pitching to potential funders, based on a lack of knowledge, or by trying to emulate the techniques they see on popular TV programmes where business owners have the opportunity to pitch their businesses to venture capitalists.

Over the next few months, I will share my thoughts and recommendations on how you as an entrepreneur can improve your business pitch to potential funders, and I will highlight some of the pitfalls you should avoid.

In a recent MBA pitching session, every team that pitched their business to potential investors opened up with the “deal”, and one in particular started off by saying: “We are looking for R3 million, and are prepared to give you 20% equity.” This is not how pitching to investors works in real life.

Entrepreneurs who make excellent pitches, that are well-thought-out, begin with an explanation of the opportunity, speak about the experience of the team, move on to the probability of success (including all risks and mitigants), and end with their financial requirements to pull this off. In most instances they don’t even verbalise their deal to the venture capitalist, because the deal is only negotiated once the venture capitalist is interested, and willing to proceed.

I see far too many “thumb-sucked” numbers in pitches, which are generated based on exorbitant evaluations which have no foundation in reality. So, if we look at the aforementioned deal of R3 million for 20% equity, that would mean the business is valued at R15 million. Now that might very well be true, but the entrepreneur needs to spend a disproportionate amount of time ensuring that the assumptions underpinning the valuation are robust, and more importantly realistic. The net effect of throwing out a thumb-sucked valuation is either the financier walking away, or the entrepreneur’s valuation being whittled down to a small fraction of the initial thumb-sucked value. By communicating these types of valuations to potential investors, you’re demonstrating that you’re not financially savvy, and thus probably not a good potential investment.

When pitching your business to potential investors, ensure that any deal that is discussed, is based on conservative, highly-researched, and reality-based assumptions. The rule of thumb in these situations is that, the longer you take to talk with the investor in the pitch, before talking about the mechanics of the deal, the more likely it is to be struck.

Raizcorp is rolling out our world-renowned model across Africa and beyond.
We are looking for partners (DFIs, multinationals, corporates) and local licensees

I WANT TO SET UP AN IN-COUNTRY PROGRAMME 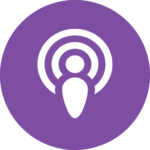