We work with governments, DFIs and local licensees to build the African entrepreneurial ecosystem.

Uplifting the economy in Africa

Raizcorp is rolling out our world-renowned model across Africa and beyond. We are looking for partners (DFIs, multinationals, corporates) and local Raizcorp licensees.

Africa represents the paradox of both crisis and opportunity. The continent is battling to catch up with its infrastructure backlog, struggling to supply sustainable energy to its growing economies, and is becoming overwhelmed by a massive youth-unemployment problem. Corporate enterprises in Africa have limited capability to absorb employment and so entrepreneurship is seen as one of the most important tools for generating economic growth, solving economic problems and employing the youth.

I am looking to set up an in-country programme
(For DFIs, multinationals, corporates etc.)

I want to become a
Raizcorp licensee

I am looking to set up an in-country programme
(For DFIs, multinationals, corporates etc.)

I want to become a
Raizcorp licensee We are regarded as the gold standard in business incubation in Africa. We will work with your organisation to set up and operate an incubator or network of incubators designed specifically for your local context. We partner with university innovation hubs. We design and deliver entrepreneurial programmes 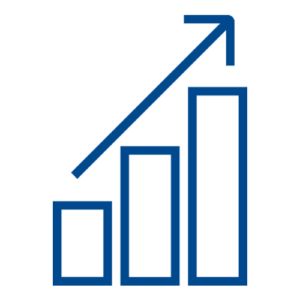 We work across a range of industries

We have worked with hundreds of blue-chip clients across a range of industries, among others, construction, financial services, ICT, mining and extractives, petroleum and automotive, pharmaceutical and health, and public. 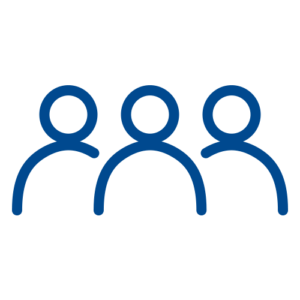 We design and implement entrepreneurial programmes

We’ll work with your organisation to develop entrepreneurial development programmes for specific sectors such as youth, women, ICT, rural or whatever is required.

We provide comprehensive measurements and reporting

Without proper measurements, you cannot gauge the impact of your entrepreneurship development programmes (EDP). Each of our EDPs is uniquely developed for your organisation, and is rigorously measured and reported on to ensure that you can continually monitor the impact that your investment in entrepreneurial development is making on the ground.

We’ve been doing this for two decades

We have over two decades of experience behind our name when it comes to accelerating success. We started out in 2000 as a business incubator, and have since firmly differentiated ourselves as Africa’s only sustainable business Prosperator™. Drawing on the best practices of business-incubator models worldwide, we have pioneered Prosperation™ – our own unique, world-renowned model of business incubation.

We integrate your strategies

The success of any local economic-development programme lies at the intersection of three fundamental considerations: the strategic objectives of the programme; the budget for its implementation; and the practicability of its interventions in terms of facilities, infrastructure, human-resource requirements and so on. We work with your organisation to ensure that the programmes we design and implement with you, or on your behalf, meet your strategic objectives and budget.

According to The Economist, Raizcorp is the only genuine incubator in Africa. Our adherence to the highest levels of quality (we are the only incubator on the African continent to be recognised as a Centre of Excellence by the UK-government-affiliated Institute of Enterprise and Entrepreneurs or IOEE), our learning programmes and the learnings we have gleaned from rolling out and operating eight Prosperators™ have made us the gold standard in business incubation globally. We’ve been invited to present our high-touch Prosperator™ model at the World Economic Forum in Davos in Switzerland, at Oxford University’s Säid Business School, and to the World Bank. The Wits Business School uses our Prosperator™ model as a case study for its MBA student

Contexts in which Raizcorp operates

These are usually smaller towns with low yet significant economic activity, a lower abundance of skills and a rudimentary entrepreneurial support ecosystem. Raizcorp generally makes use of its Prosperator, Beacon and school models in this type of context.

The rule of thumb is more rural areas have lower levels of economic activity, skills are scarce and there is a very limited entrepreneurial support ecosystem. Raizcorp offers the Beacon and Distance models in these areas. watch Video 1 | Video 2  | Video 3 to see what we are doing in Tanzania.

Raizcorp is rolling out our world-renowned model across Africa and beyond.
We are looking for partners (DFIs, multinationals, corporates) and local licensees

I WANT TO SET UP AN IN-COUNTRY PROGRAMME